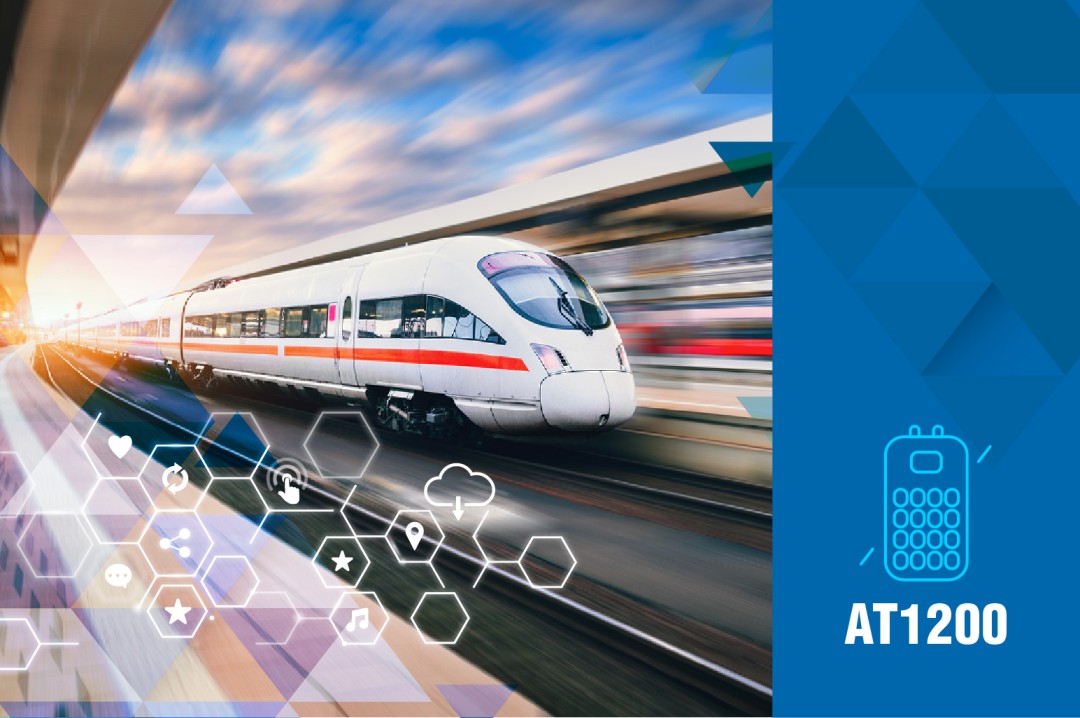 The American railroad, as we know it today, started its journey in 1764. The structure is quite/unbelievably old!

The American railroad mania began with the founding of the first passenger and freight line in 1827, and flourished with continuous railway building projects for the next 45 years until 1873. The system was largely built by 1910, after 1940, the use of diesel electric locomotives made for much more efficient operations that needed fewer workers on the road and in repair shops. Audio Frequency systems have been used in this industry since their early stage of deployment.

What is an “Audio Frequency System”?

It’s a type of AC track circuit in which audio frequency signals are used instead of varying amplitude AC signal or DC level signals. Most track safety related signals are generated in this form of audio frequency signals. The frequencies are selected with odd numbers, which can be generated as harmonics of each other, a very simple way of using the maximum number of signals in a limited bandwidth of 20Hz to 25KHz.

An Audio Frequency Track Circuit (AFTC) is an example of these signals, it shows that there is no train on the track. Signaling in the train industry is using these basic frequencies in every fault or situation needed, such as indicating if a switch is closed or a rail is switched from one track to another track, and many more.

The importance of an Audio Frequency System?

In a metropolitan city like MUMBAI which has an enormous human population and where most of the people commute daily by trains, their safety has to be assured. In such a city where many trains run on a single line, collisions of trains have to be avoided. So for this reason a track circuit has been designed. A track circuit is a simple electrical device used to detect the presence or absence of a train on rail tracks, used to inform signalers and control relevant signals.

But this track circuit had certain disadvantages. So, Audio Frequency Track Circuits (AFTC) was developed to overcome the effect of AC induction in AC electrified tracks on conventional DC track circuits and also to avoid insulation block joints on tracks for bifurcation of track circuit sections. This is one of the latest technologies being used globally as a track vacancy detection device.

Rycom-60 had been one of the important brands of this equipment – Audio Frequency Systems- in this industry for many years. The producer company, which was an old one, stopped its production in the mid-nineties, and this device was not available after that.

The devices have been under maintenance for many years. After a while, the maintenance was not practical anymore and parts became obsolete one by one. What should we do with this problem? The safety and integrity of the railroad system is dependent on equipment like this.  What would be the remedy?

2020, was the year when Arshon Technology Inc. stepped in and redesigned this product. Unlocking Innovation, explored the challenges and opportunities of new technology introduction as well as the problems which need to be solved in the current system/product, the product design started by a very talented team of electronic engineers and electronic design developers.

The newborn product is called AT1200 the grandchild of Rycom-60 which was born throughout a new era of technology. As it can be easily imagined, the new replacement device saved an important industry and let it survive, plus it helped with safety of the railroad system with even better standards.

The railroading safety system is seriously dependent on this device and is affected considerably by the obsolescence of the Rycom-60. It was where/when Arshon Technology started to study this project inside-out and designed and produced AT1200, the modern version of Rycom-60 with higher accuracy and some more features in its electronic design stepped into (or introduced to) the rail industry.

We briefly review the advantages and benefits of this fully updated version of Rycom-60; AT1200.

AT1200 is a selective frequency level meter device, which measures the energy of the signal at specifically selected frequencies with very high accuracy. This product is designed for use in harsh environments and specifically designed for railroad engineering.

Some general features or some of the advanced features of AT1200: 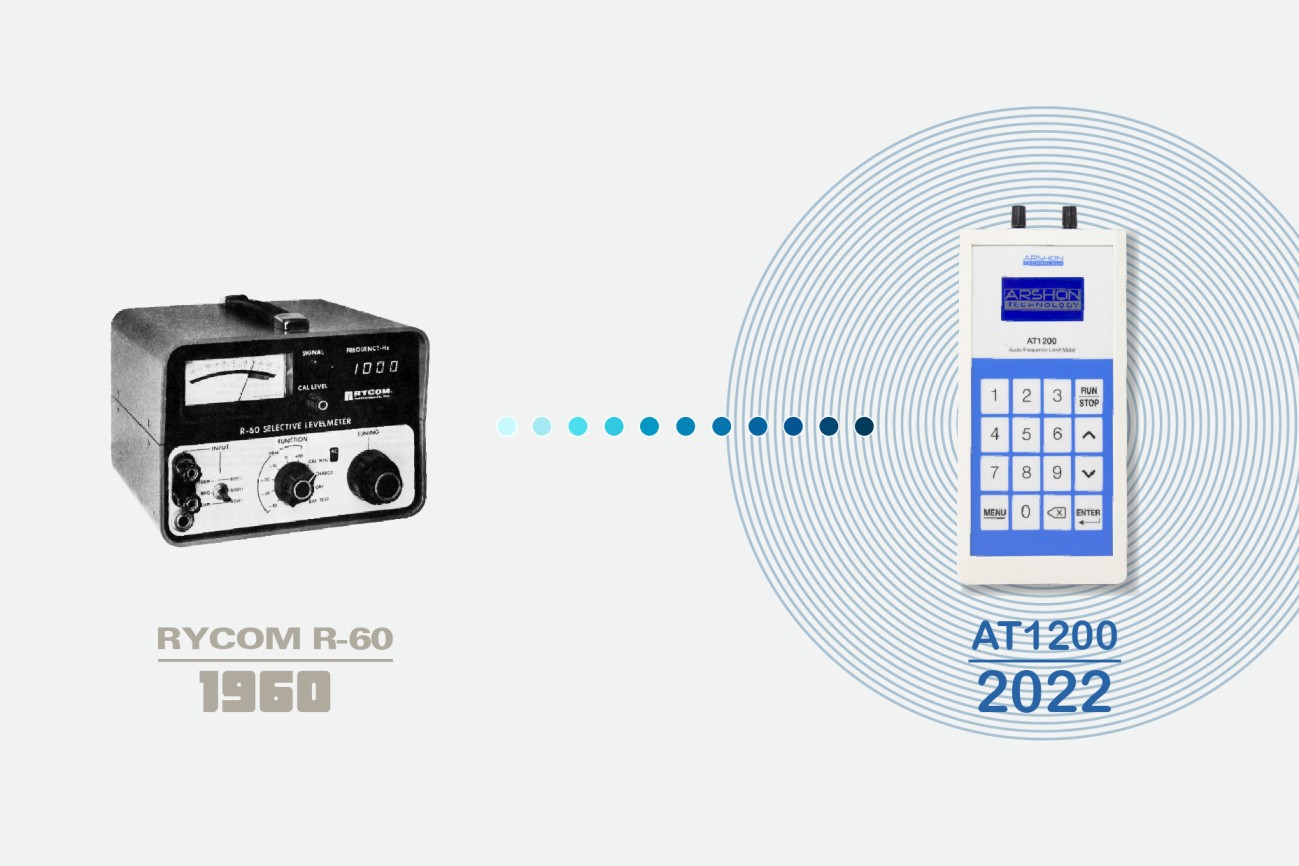 It’s been a long journey for technology to reach this point which can revive an important device in one of the most important transportation industries. Not only bring it back to life but also develop it into a modern and art-of-the-state device.

Already at an early stage, it was found necessary to be able to ensure, automatically and absolutely reliably, that a replacement exists for Rycom-60. AT1200 has developed to bring fundamental changes/revisions to its first-generation (Rycon-60). Perhaps, no single invention in the history of the development of railway transportation has contributed more towards safety and dispatch in that field than the track circuit.

By this invention, simple in itself, the foundation has been obtained for the development of practically every one of the intricate systems of railway block signaling in use today wherein the train is under all conditions continuously active in maintaining its own protection.

For a condition-based maintenance scheme, the only additional cost lies in ensuring that the maintenance records are being maintained, evaluated, and used for maintenance planning. What are you waiting for?

Published in Technology and What's Hot