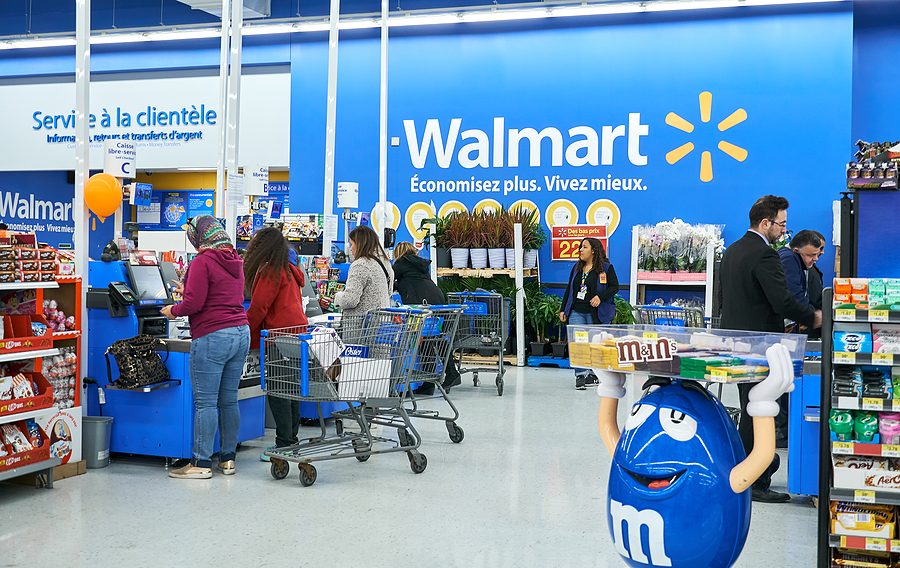 How Walmart Became One of the Biggest Companies in the US

Walmart is a well known and much loved retailer in not only the United States, but also the world. It is a very successful brand that broke the mold and was able to give the customers something that they really wanted, a lower price. Throughout the years Walmart has grown bigger and bigger, opening in a lot of places around America.

The first Walmart store was opened in Arkansas in 1962. The founder of Walmart, Sam Walton, already had a lot of experience in the retail industry as he was in management at a J.C. Penney store. Sam Walton was certainly able to take a lot away from his time at J.C. Penney and they way that did things there, to make his venture even more successful.

It didn’t take very long for Walmart to start expanding with 24 stores opening within the first five years of business. Sam Walton first explained the stores as barely put together and truly ugly, especially compared to one the competitors Sterling. What Walmart lacked in looks, it make up for in a cheap price and he quickly found that the customers didn’t really care what the store looked like, as long as they were getting the same product for a cheaper price.

Despite all this great success in the first few years, there was a lot of competition for Walmart, with other discount retail stores, Target and Kmart both opening in the same year. Both Target and Kmart were more successful than Walmart at the beginning, but that didn’t deter Sam Walton to keep on fighting.

Just eight years after the first Walmart had opened, there were now stores in 38 different locations around America and the business was accumulating around $44 million in sales each year. During this time Walmart had some cash flow issues so Sam Walton decided to take the business public, while still keeping over 60% of the shares for himself.

This injection of cash helped Walmart open more stores over the next couple of years. Walmart was an excellent investment if you were able to purchase shares from the company when they first went public. The price of each share has increased 900,000% since the first day.

Throughout the 70s was a great time for Walmart and they ended the decade with almost 300 stores nationally. One of Walmart’s biggest competitors to this day, Costco, entered the scene in 1983 and really gave them a run for their money right from the get go.

While it was a good effort by Costco, nothing could stop the moving train that was Walmart, and in 1985, Sam Walton was named the richest man alive, with $3 billion to his name. Walmart ended the 70s with almost 300 stores, as said above, but they ended the 80s with 1,400 stores nationally.

It was off the back of the success in the 80s that allowed Walmart to go international, and in 1991 the expansion to other countries began. Sam Walton unfortunately passed away in 1992 from bone cancer, but that didn’t slow down the success of the legacy he left behind.

Walmart was seeing growth in sales like they had never seen before. In 2002, Walmart became Americas largest company (by revenue) and it had $220 billion in yearly sales. The company now operates in a lot of different countries right around the world, but no one loves Walmart as much as Americans do. While there are always a lot of competitors entering the market, people just can’t go past the original, Walmart.