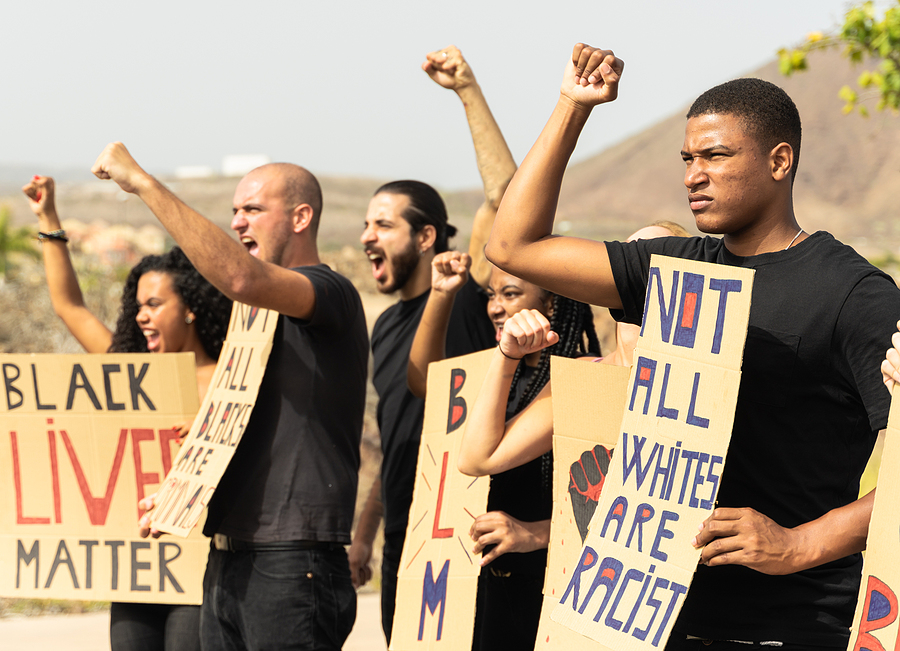 How Big Is The Black Lives Matter Movement?

In America, one of the biggest national issues is the rights of and discrimination against African Americans, as well as other people of color. It has been a major issue within America for many, many years, and although the country has certainly come a long way over the years, there is still a lot longer to go to ensure that there is equality for all.

African Americans in particular are still being treated very differently and they have to go about their lives in a more cautious way to ensure that nothing bad happens to them. The perfect example of this is police brutality against African Americans, and too many are dying at the hands of the very people that are supposed to protect.

Through the power of the internet and social media, people in America and right around the world are able to get a better insight into the true injustice, and there are still many African Americans every year getting killed at the hands of police, or from white American extremists.

One of the more recent unjust incidents was the death of George Floyd at the hands of police as one continued to knell on his neck despite constant pleas that he wasn’t able to breathe. This situation was videoed by people that where there at the time and the footage made its way across every news channel, newspaper, social media platform, right across the world.

This unnecessary death of another African American, along with so many others, is what sparked one of the latest round of protests, not only in America but also right across the world. This certainly hasn’t been the first protest in relation to this issue, and unfortunately it probably won’t be the last.

The Black Lives Matter organization is crucial to getting the word out there in America, and the world, about the injustice those of color face. It is an important organization that helps other people understand how they have been complacent and may have even been inadvertently racist, and try to help people understand the error of their ways.

Protests are becoming more often and the movement certainly isn’t going away. While the Black Lives Matter organization doesn’t actually direct and organize each protest, they offer guidance and materials to people and activists that want to expand their knowledge.

The Black Lives Matter movement continues to be felt far and wide within America, with a lot of sports both in and outside of America showing that they care and their appreciation for the movement. The more people that are aware and care about this movement, the better, and one of the best ways to connect with a lot of people is through sport. Sports like the NBA, NFL and even Formula One have all been a part of this movement.

There have been protests right across the country in recent years, with over 40% of counties staging protests. More and more people are getting involved in the protests, and it is gaining traction with other races and there are a lot more new activists getting involved as well. The Black Lives Matter movement has never had so much support; hopefully there will be enough support for those in power to actually do something about it.