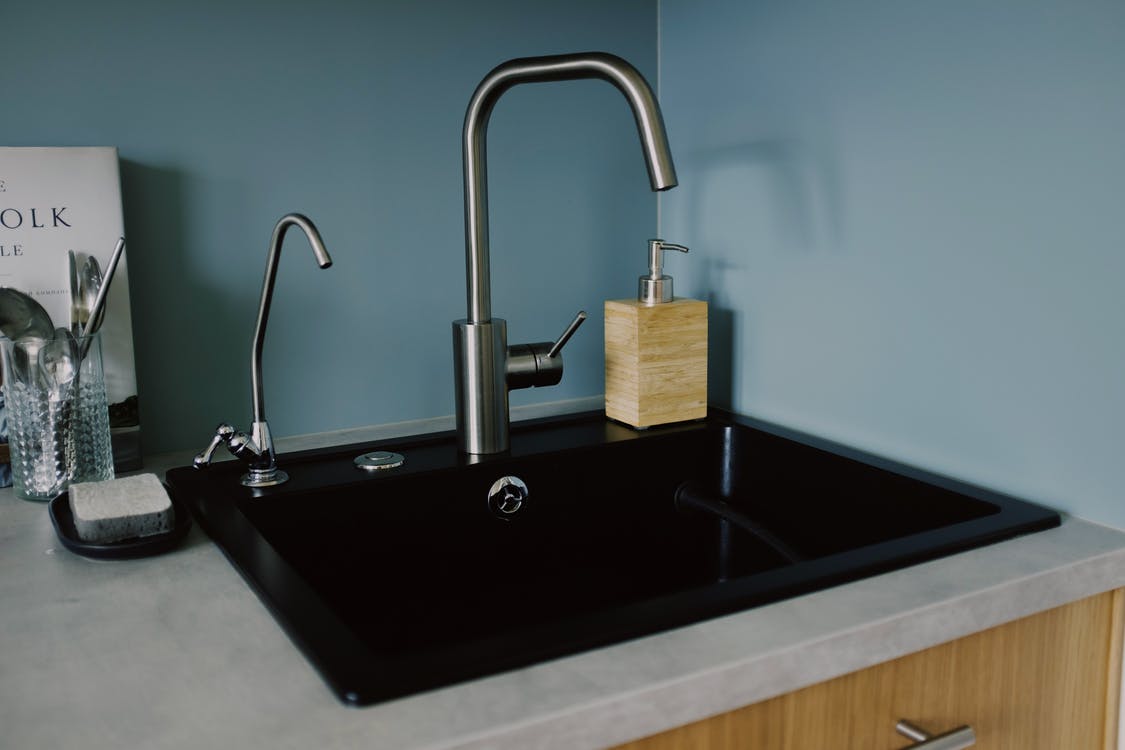 It could be from grease and oil being poured down the sink, or food being stuck. These things happen and they can cause the kitchen sink to smell. Anything that goes down the sink can stick to the sides of the pipes, or get stuck in the U-bend. Over time, this causes bacteria to make it decay, thereby resulting in the smell. Luckily, there are some methods to getting rid of the smell that you should try before calling a plumber.

Here are the methods to get rid of a smelly kitchen sink.

Pouring boiling water down the sink seems simple, but it is effective. For milder sink smells, this could work fine. In doing so, it should melt off anything stuck to the inside of the pipes. Furthermore, every time you boil water, rather than letting it cool off, just pour it down the sink. This should keep anything from building up on the sides of the pipe.

This method apparently works well for clearing out more moderate smells. The method works by putting these ingredients in, in order.

First, half a cup of coarse salt, secondly, half a cup of baking soda then a cup of vinegar. After this is done, cover the drain for 30 seconds, it should start bubbling. Finally, follow this with a kettle of boiling water to wash it out and take the smell with it.

With your sink now smelling fine, it is important to maintain it so it doesn’t happen again. Try not to pour grease, oil and food down the drain, as this causes the build-up inside the pipe, which causes the smell. Remember to regularly pour boiling water down the drain when you use the kettle. In addition to this, you can sprinkle baking soda occasionally, after the dishes or preferably once a week. If you are leaving for a while, and won’t be back for a few days, sprinkle baking soda. These tips, if followed should be able to keep the drain from smelling, but if it does happen, then follow the tips above to get rid of it.