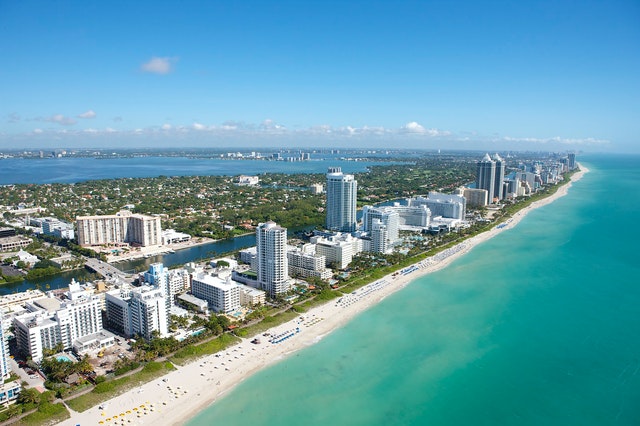 11 Things You Should Know About Miami

Miami, Florida is the third most populated city on the United States’ East Coast and the seventh largest in the country. So what exactly is it that makes Miami such a popular destination? There are many things that make Miami special from beautiful beaches, warm weather, exciting nightclubs and stunning art deco architecture. Here are some things you need to know about Miami and why it should be the top of your must-see list.

Contents hide
#1 It’s Named After One Of The Native Tribes That Lived There
#2 It Is The Only Major US City To Be Founded By A Woman
#3 It Is Home To The World’s Largest Collection Of Art Deco Architecture
#4 Miami’s Famous Beach Was Man Made
#5 Not Only Does Miami Have Beautiful Beaches, It Also Has Beautiful Parks
#6 It Is On The Top Of Most People’s Must-See List
#7 Miami Is The US’ Warmest Winter Location
#8 Miami Is A Diver’s Paradise
#9 Art Culture Thrives In Miami
#10 Miami Is The Home Of Burger King
#11 Sun Tan Lotion Was Invented In Miami

The Mayaimi tribe lived in the area now known as Miami in approximately the 16-1700s. It is after this tribe that the city is named.

Miami officially became a city in 1896 thanks to local business woman Julia Tuttle. Julia Tuttle encouraged a railroad mogul to expand the new Florida East Coast Railroad into the area. This led to the eventual development of Miami and the emergence of the city that it is today.

One of the qualities that makes Miami so notable and worth travelling to is the amazing array of art deco style architecture. This unique style makes for stunning buildings and the art deco district is also home to some of the best nightclubs in the world. This part of Miami is an unmissable sight.

#4 Miami’s Famous Beach Was Man Made

The beach located across the bay from Miami proper is one of the most frequented and recognizable beaches in the world, Miami Beach. This beach, however, is actually man made and was nothing more than a sandbar when it was originally founded. Water channels were dug around it and soil added to the surrounds to create livable land and a beautiful beach. Its beaches have to be regularly replenished with new sand in order to maintain this iconic shoreline.

#5 Not Only Does Miami Have Beautiful Beaches, It Also Has Beautiful Parks

Miami is the only US city to be surrounded by two National Parks. Both Biscayne National Park and Everglades National Park surround the city and Miami is also home to 800 parks within. This array of natural sites to be found put Miami at the top of many people’s must-see list.

Miami’s stunning features have not gone unnoticed. Miami boasts around 14 million visitors each year. Based on occupancy rates, this makes it the fourth best hotel market in the US. Over 10% of the population work in the tourism industry. Miami also has the largest cruise ship port in the world, making it even more accessible for tourists from around the globe.

#7 Miami Is The US’ Warmest Winter Location

It’s no secret that the US can get pretty chilly in winter. For those looking to escape this winter chill, however, Miami is the place to go. The average winter temperature in Miami is between 65-75 degrees Fahrenheit.

#8 Miami Is A Diver’s Paradise

Miami has over 50 shipwrecks in its waters. This makes for wide array of sea life which many divers take great pleasure in exploring.

With its very own symphony orchestra, ballet company and professional theatre company, there’s no shortage of ways to be entertained in Miami. With fascinating museums on top of this, there’s something for everyone.

#10 Miami Is The Home Of Burger King

The first Burger King opened in 1954 in Miami. The iconic Whopper burger was introduced there in 1957 (and sold for only 37 cents!) and is now a staple of fast food.

In the 1940s, a pharmacist by the name of Benjamin Green developed one of the world’s first sunscreens. He eventually perfected his formula with coconut oil and cocoa butter. Sound familiar? This mix of ingredients would eventually create the sun tan lotion that many know and love today.

So as Will Smith says “Welcome to Miami” one of the most popular tourist destinations the US has to offer, and for good reason! With a range of beautiful natural sites and some of the best entertainment you can find, it’s sure to become your new favorite holiday destination.

Published in Lifestyle and Travel