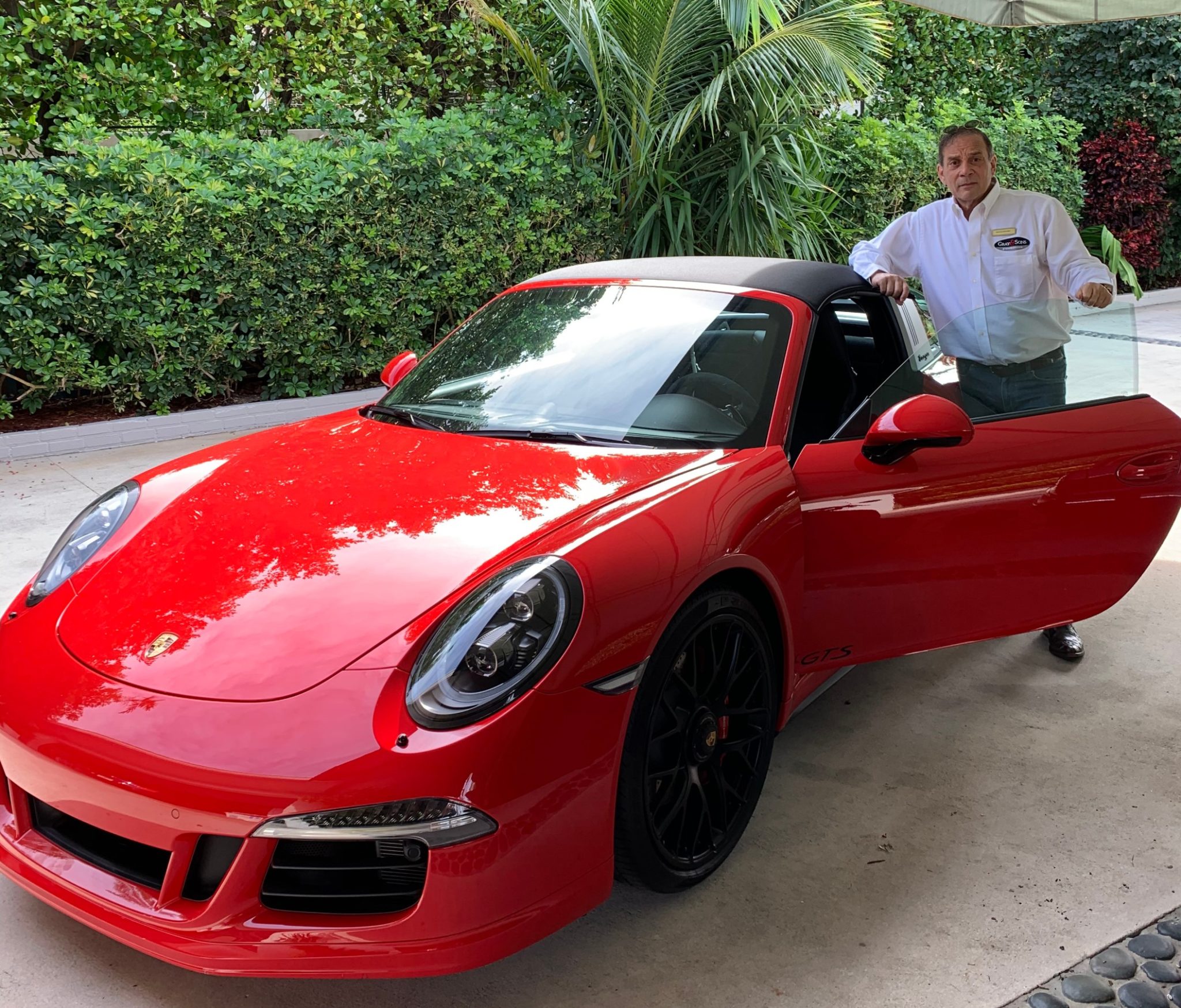 Keith Gray Biography In An Interview With The Culture News

Keith Gray is a renowned Miami-based businessman and a philanthropist. Over the past four decades, Gray has been running a successful jewelry and watch business named Gray and Sons. Since 1980, Gray and Sons has been excelling in the business of jewelry and watches. In a recent interview with David at The Cultural News, Keith Gray reflects on his journey including earlier education, hobbies, charity initiatives and most importantly about his renowned business and how he managed to make it a huge success despite tough competition in the United States.

In response to the question about earlier education by the interviewer, Mr. Gray highlighted, “My education started in humble beginnings in Queens, Long Island in York and New Hyde Park. I went to elementary school there, and from there, my parents moved to Miami, where I spent the next three years in junior high school. And finally, I had the fortune of going to boarding school preparatory school in New England. I spent time in a school called Northfield Mount Hermon, where I studied 11th and 12th grade away from home, and the experience was a game-changer.”

“And then what? What brought you to the jewelry industry? How did you start?”, the interviewer questioned.

Mr. Gray recalled, “From  Massachusetts, from a boarding school I went on to the University of Florida. I was planning on becoming a veterinarian. I do have a degree. A bachelors in zoology and I took a break in 1980 when gold went to $800 an ounce and silver went to almost $50.00 an ounce. I opened up a little store buying People’s old jewelry and unwanted Sterling silver. There was a big retirement community here in Miami Beach where old people were lining up out the door to sell their heirlooms, which they no longer needed.”

In the initial days of starting his venture, Mr. Gray used to buy the classic and vintage timepieces, which raised the bar of his ideas and little initiative. He added that, “ I was buying beautiful things and I could not get myself to melt these things or sell them to the refinery just for metal value and it ended up one month after opening. I worked my first show, it was an antique show and then a jewelry show and then a flea market.”

Keith Gray claims that estate, antique, vintage timepieces and old watches of more than 100 years old became a trend in the 80s and even now. In his interview, he stated ” This estate jewelry and antique or vintage timepieces, poppet watches are 100 years old usually or more. These old Deco wristwatches from the 1920s to 30s became quite a fashion in the 80s and even places like Ralph Lauren were buying watches from us in their boutique stores all over the United States and selling them as a fashion accessory to men.” Hence, Keith Gray started his business with bag names around him which made his way a little bit too difficult to the top.

In response to the question by the interviewer, ” So how did you decide to build your brand?”

Gray elaborated, “The brand is Grayandsons.com, The items that we are selling are sold on our platform, on the Internet or our catalogue or in which we put out a monthly list of items. The Gray and Son’s brand name for selling free things, refurbished, reconditioned or 100% authentic watches is because we’ve been doing it longer than anybody else. These other companies either were not in business or were new watch sellers. And they, later in the last five or ten years, thought well, why don’t we sell used watches as trading. They used to sell me their trade in many of these companies, and then I would refurbish them and resell them, and they decided to get him to space themselves.”

Gray further mentioned that his company has been giving people peace of mind when they aren’t even buying a brand new item, and it requires a lot of the effort and the teamwork. He underpinned, “Giving someone peace of mind when they’re buying something that’s not brand new makes a great deal of effort with watchmakers on the premises, jewelers on the premises, and being able to get people. Their watch up and running in a matter of hours or a day or two instead of weeks or months is a concept that is the after-sales service. These people are so playing catch up when I say these people I mean yeah if it’s the  competitors in the industry.”

Indeed, Gray has had his picture of business right from the beginning, which is why his relationship with his customers matters a lot.

” Do you remember the most expensive thing that you’ve ever sold?” Interviewer asks

“The most expensive item I sold was in about 1989. It was worth $330,000. But after that, that was a lot of money back then. Back in the 80s. I guess it was about 1989 and since then I have sold more expensive things, but nothing more exciting than sitting in the auction with the clients and watching their family’s heirloom go for such an extraordinary amount and now I was fortunate enough to broker the item and had refurbished it for the auction house and therefore was able to participate in events high level.” Gray responded.

To give attention to Gray’s interests in old watches and jewelry, the interviewer asked Gray why he decided to work and deal with vintage pieces. Gray told an interesting story of his life. Here’s how it goes. “I was 11 years old, I was walking to the bus stop to go to elementary school, and I found this old man’s rectangular shape watch on the sidewalk and took it with me. When I got home, it was broken and probably discarded by someone. But I found it just fascinating, and I took the tools that I could find in my house, which probably was a kitchen knife and I butchered this and took it apart. Broken apart really is more like it and I found hundreds of little gears and screws and capsules.”

Gray further added, “It just was so fascinating that anything so small could have so many small components that it just stored that information. I later found out my grandfather was in line with timepieces and bigger clocks. Hence, I guess I had it in my blood from Granddad, and it was just reignited in me  when I found that little watch and then fast forward it to today, I’m one of the most renowned men in the used watch industry in the US.”

In the interview, Keith Gray recalled that when he was 23 years old, he had been working with people from the 1930s, 40s and 50s. He interestingly stated that everyone had character, everyone had unique qualities, and they had a story because they had been around for 30, 60 or 70 years. He further highlighted that, “it’s always a pleasure to buy the old things that are 30, 60 or 70 years old and are the gifts of people from their weddings, or graduation ceremony.”

“What made you the proudest in your career?”, the interviewer asked.

You know I’m 63 years old. Our 40th anniversary is in March, so I’ve come a long way, and I have seen a lot. Of the team, I’m glad they are so good at what they do when I’m not there. It’s easy to have people present for you when you’re in front of them and maybe curse your name behind the scenes, but my people drank the Kool-Aid, and they believe that we are a top world contender in the field that we are in and know that now again because of the Internet you can see that we are”, Keith Gray elaborated.

The interviewer then moved onto Keith Gray’s charity work. “Just tell us a quick word about the charity organization that you do support please”, the interviewer asked.

“Wanting to be a veterinarian, I never actually got it out of my skin. Animals are a big love of mine. I’ve adopted four dogs. All of them were in line to be euthanized. Control center and I’m a big philanthropist and I donate money to the local and national animal controls”, the CEO of Gray and Sons told the interviewer.

Furthermore, Keith Gray does a lot to eliminate starvation as he has been supporting the people living in the low-income areas of South Florida. He has been making a difference in people’s lives by offering them food and whatnot.

In a nutshell, Gray & Sons is situated across the Bal Harbor and Miami and clients are attracted to this elegant emporium in pursuit of class preowned jewelry, diamond and watches. And way more than that, after a few moments in Keith Gray’s presence, they leave the store adoring and loving it.