A Walk Through Skull Rings History

The culture of wearing skulls as jewelry is not a new one, however, in its present form, it has diversified meanings subsumed from multiple antecedents. From being the representation of mortality to goth or emo sub-culture to rebellion to the celebration of ancestors to good luck charms to voodoo to biker gangs to simply the love of Johnny Depp’s Pirates of the Caribbean, fashioning skulls into one’s attire takes on different meanings for each their own.

Many conservatives view people sporting skulls in their outfits with apprehension these days. However, even the Christian Church with its cross and murals has used the skull imagery sporadically. They are used in the representation of Christian belief in the resurrection because the cross Jesus died is said to have stood on Adam’s head (Catholicism); crucifixes are often depicted with a skull at their base.

A Walk Through History 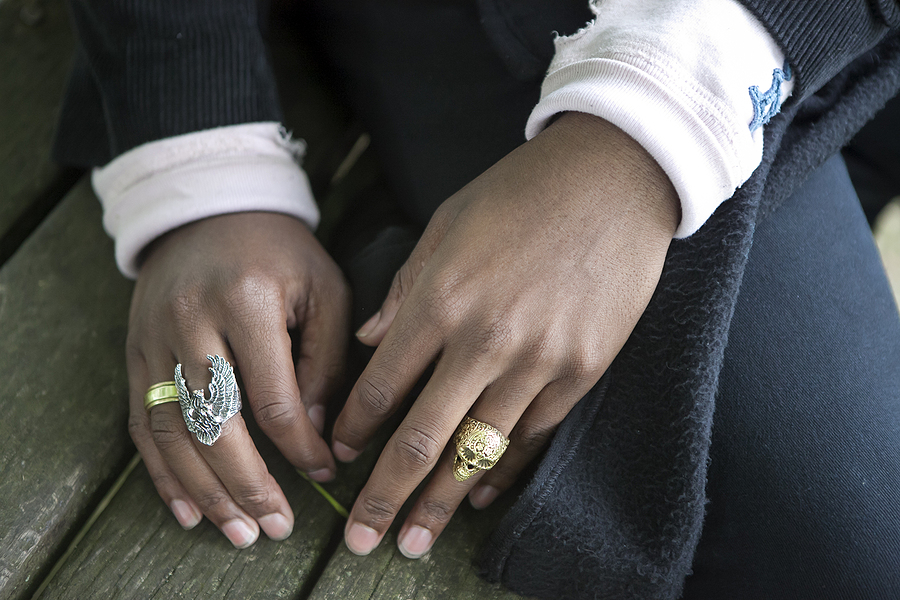 Before becoming a mainstream cool item, skull rings collection like these and other items appeared in different periods for different cultures as a representation of various ideas. Some of them are outlined below:

In Europe, during the Middle Ages, the image of a skeleton in a robe with a scythe appeared as a personification of death. This imagery is still the most popular representation of death in animation to date. At that time, however, the moribund plague had been claiming millions of lives and death was a subject familiar to everyone’s thoughts. While black robes of death gave off foreboding premonitions, they were accompanied by scythe which was seen as a tool for fertility as well as death. This duality of ideas embodied the first popular use of skull imagery in Europe. The acceptance of death as both the end of life as well the event that birthed into life its meaning and essence!

Queen Victoria started the trend of wearing skulls as memorial jewelry: “remember you must die”. This was both an act of submission before a greater power and showing fearlessness in the face of it. The trend quickly caught on from here onwards. The plague-ridden skull rings are worn by those today who want to demonstrate power and fearlessness in line with the tradition of Queen Victoria.

The Festival of the Day of the Dead, Mexico 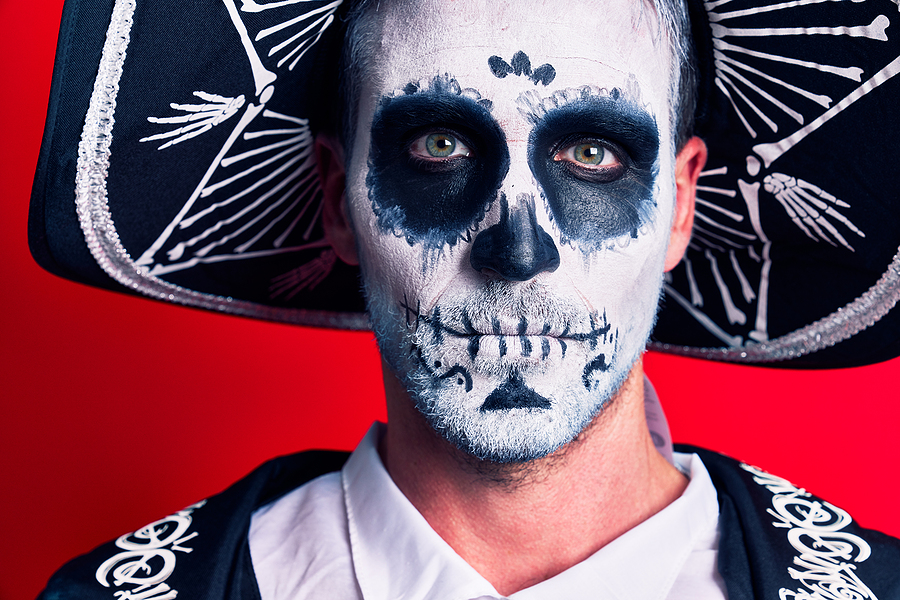 The Mexican culture honors death and the dead by celebrating the Goddess La Calavera Catrina. She is depicted as a skeletal woman wearing a wreath of flowers. Decorative skulls especially those with colors and flowers are used as the symbol for the Day of the Dead. In its rudimentary form, the festival Halloween also celebrates death and warding off of evil spirits by people’s adorning of moribund outfits in a vibrant manner. Jewelry of ornate skull rings and decorative necklaces caught on from these origins. The Mexican-style skull is called the Sugar Skull. This remembrance of death is a life-affirming event and not a morose kind. Similar celebrations of the dead were also found in Mayan, Aztec, and Egyptian cultures.

The popular Jolly Ranger, a skull with crossbones, has been used as a symbol of danger across cultures. It’s most commonly attributed to the flag of pirates. In the olden days, pirates were a great threat to merchants at sea. The sight of the black flag would turn their blood into curd with fear. While piracy has been curbed in most ways today, the symbol persists and can be found as a label warning for dangerous objects. People wearing the Jolly Ranger rings are often inspired by the American bike culture’s adoption of it as a sign of rebellion and fear. However, today, pirates have become such a banal entity in animation and movies that the symbol has been reduced to being ‘fun’ and ‘cool’ instead. Often, it can even be found playfully depicted on children’s clothes and toys! What an evolution in meaning! 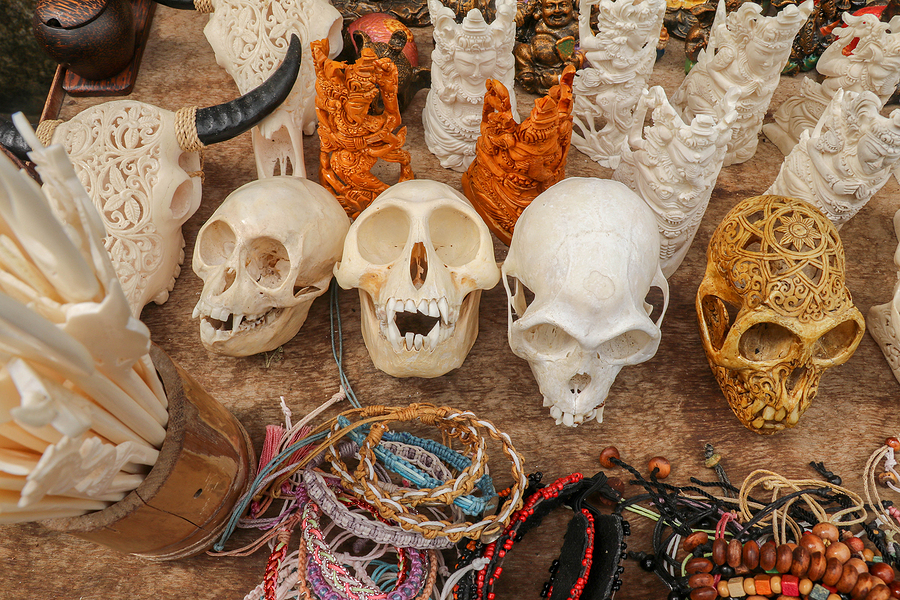 Among the Celtics, the head was the container of the sacred life force. Similar ideas were pervasive across cultures and this lead to headhunting, skull worship, and preservation. While human skulls can be seen as a gory reminder of one’s mortality, animal skulls can instill the wearer with a sense of power over nature. Popularly the skull of a bull with horns is worn as a helmet or a ring to show off sexual virility or strength. Or the skull of a vulture depicts the “evil” nature of a character in today’s popular media. Many people across history have opted for animal skulls instead of humans owing to the variety of meanings wearing each animal brings to the wearer’s facade. The visual impact of the animal skulls remains just as foreboding and puissant as that of a human skull. 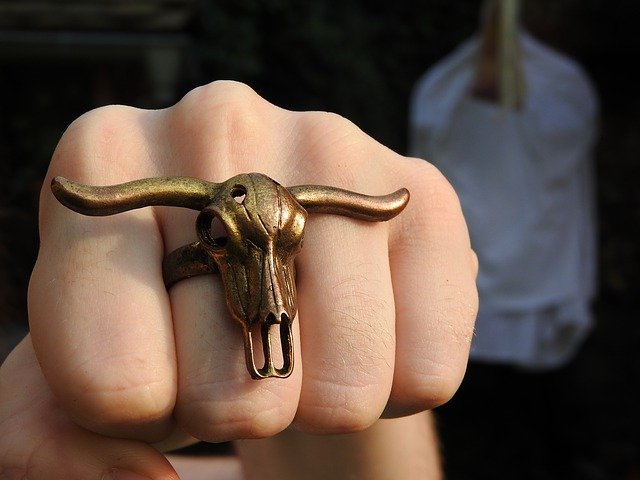 Being the most recognizable and significant part of the human body, the skull is a powerful symbol. While the most obvious meaning of the skull is death, it is also seen as conquering death and seizing the day. Rockstars and biker gangs in the 1960s in the Western world popularized wearing skull rings and other jewelry to represent rebellion from the norm and the death of the normal. Today people wear such rings to show their inner predispositions at particular phases of their life. For example, extremely popular among the emo and goth sub-culture, the skull imagery shows the nihilistic ideology of the wearer. The belief that life has no inherent meaning can be both morose and liberatory.

The wearer has the liberty to determine the meaning they want to ascribe to the skull. With the vast availability of customization, it is easy today to get something made that suits the idiosyncratic foibles of the wearer. In the end, it is simply seen as a celebration of the individual from all restrains, the mortal, the spiritual, the social, and even the physical.